Timeshares go by many names and many disguises. It’s similar to calling a scam something else, like a hoax, a con or a scheme. It’s also called vacation ownership, a holiday club, a vacation club, multi-ownership, a destination club or fractional ownership.

Fractional ownership is becoming the latest and greatest trend in trying to get away from the T-word since it has a negative connotation in many respects. It’s being marketed to the mid-upper classes because of its perceived value and ultra-luxurious accommodations.

Fractional ownership started in the early 1990s in Utah. It’s only now gaining in popularity because sellers are claiming that it’s not a timeshare, but that it’s much better than one.

Fractional ownership is a more expensive form of resort ownership with prices often starting at $50,000 and going up to over a million dollars. It’s purchasing a deeded share of a property for as many as 12 weeks during the year, as opposed to a typical timeshare unit that would only give you so many days.

Fractional ownership, also called “Private Residence Clubs,” is touted as being different from the other resort unite because it’s deeded property in some of the most luxurious, vacation locations in the world; think Vail, Colorado, St. Regis Hotel, NY, the Bahamas, Italy, the Caribbean and Bermuda. They’re very popular in places where it’s against the law for foreigners to own property since that law doesn’t apply to any kind of timeshare.

Fractional ownership gives the owners a false sense of worth. Since the property is deeded, there is an implied profit, like for any property you purchase. Real estate can and does go down in value. The longer time period offered is considered a major plus. They also have exchange programs dedicated specifically to fractional ownership, so the time spent can be traded for different locations. All kinds of amenities are offered to tempt and tantalize; from spa services to grocery services, golf courses and swimming pools, and of course, a concierge to make sure everything is perfect.

Combine all the attractive extras, luxury accommodations and fantastic locations and you’ve got a package that almost sells itself. Forbes magazine even mentioned fractional ownership in their article on How to Live the Good Life for Less. No wonder people are jumping at the chance to spend their hard earned cash.

The problem is that fractional ownership shares all the problems and headaches of a timeshare. You don’t actually own the property, you share it. That means someone else sleeps in your bed, eats off your dishes and does who knows what when you aren’t there. You can’t decorate the place, can’t change anything and you still have to lug all the stuff you need for a family vacation. Why not just rent a hotel or suite in a luxury resort? It’s basically the same thing.

You can’t go there anytime you want. You have to schedule your vacation on their schedule. Again, why not just rent a hotel or luxury suite in a resort?

Or think of it from this perspective. If instead of forking over $50,000 you instead kept that money in the bank account earning interest at 5%, you’d earn $2500 toward any vacation you wanted to take. Add in the huge amount you end up paying if you need to finance the loan, and you’ll end up saving several thousand more dollars a year that can go toward a vacation anywhere.

After you pay off the mortgage, you still have to pay the taxes and year round maintenance charges. If you are going to spend over $50,000 to share a vacation home, why wouldn’t you just save up another year or two and buy one just for yourself? That way you would own your own vacation home. Sure you still have to pay taxes and maintenance for year round upkeep, but at least it’s yours. Then you could go anytime you wanted to. And you could also let your friends or relatives go if you wanted.

I haven’t mentioned the headache and heartache of trying to sell a fractional ownership. That’s a topic that’s big enough for another article. Just consider the cost of hiring a Realtor that specializes in selling these properties, the fact that they are much harder to sell than full ownership homes and realize that the resale value can be less than half what you originally paid for the fractional ownership.

No matter what name they call it by, it’s still a timeshare just like a con is still a con. Want to join the discussion?
Feel free to contribute!

Link to: Get in touch

Do you have questions? Feel free to contact us

Timeshare Watchdog International is entirely independent of the Timeshare “industry bodies” and the Timeshare resorts/groups that fund them, so we offer genuine, unbiased advice. 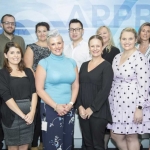 The cookie settings on this website are set to ‘allow all cookies’ to give you the very best experience. If you continue without changing these settings, you consent to this – but if you want, you can change your settings at any time.

We may request cookies to be set on your device. We use cookies to let us know when you visit our websites, how you interact with us, to enrich your user experience, and to customize your relationship with our website.

Click on the different category headings to find out more. You can also change some of your preferences. Note that blocking some types of cookies may impact your experience on our websites and the services we are able to offer.

These cookies are strictly necessary to provide you with services available through our website and to use some of its features.

Because these cookies are strictly necessary to deliver the website, refuseing them will have impact how our site functions. You always can block or delete cookies by changing your browser settings and force blocking all cookies on this website. But this will always prompt you to accept/refuse cookies when revisiting our site.

We fully respect if you want to refuse cookies but to avoid asking you again and again kindly allow us to store a cookie for that. You are free to opt out any time or opt in for other cookies to get a better experience. If you refuse cookies we will remove all set cookies in our domain.

We provide you with a list of stored cookies on your computer in our domain so you can check what we stored. Due to security reasons we are not able to show or modify cookies from other domains. You can check these in your browser security settings.

These cookies collect information that is used either in aggregate form to help us understand how our website is being used or how effective our marketing campaigns are, or to help us customize our website and application for you in order to enhance your experience.

If you do not want that we track your visist to our site you can disable tracking in your browser here:

We also use different external services like Google Webfonts, Google Maps, and external Video providers. Since these providers may collect personal data like your IP address we allow you to block them here. Please be aware that this might heavily reduce the functionality and appearance of our site. Changes will take effect once you reload the page.